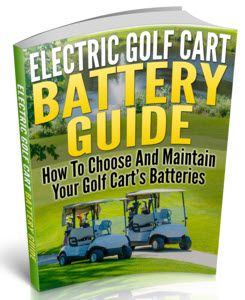 Although there has been a long history of "new town planning" and plenty of planned communities that have resulted, there appears to be no actual plan or transportation system with the key feature of two autonomous but universally accessible personal transportation systems, segregated according to the kinetic energy of the modes. A few existing communities have the equivalent of a complete dedicated LLM network, but none of them have a universal FHV network. This makes them unsuitable for the vast majority of households. Some communities, such as Palm Desert, California, have LLM streets and lanes integrated with FHV roads; however, the LLM network is not completely separated from the FHV network, and hence it is too unsafe and, in contrast to the FHV network, too inconvenient to be heavily used.

Peachtree City, Georgia, a master-planned community southwest of Atlanta, has a 113-km network of paved recreational paths for pedestrians, bicyclists, and golf carts. While this system, which allows motorized golf carts to share paths with pedestrians and cyclists, is a step closer to the proposal outlined here, it is the sort of plan that dedicates separate paths only to nonmotorized transport. It is not designed to accommodate full-featured LLMs: the paths are designed for golf carts, which are limited by city ordinance to a top speed of 32 km/h. In addition, the paths are not designed to handle heavy traffic flows; the paths are not wide enough for two golf carts to pass (Stein et al. 1995) and are not completely coextensive with the FHV network.

Several neighborhoods and towns exist that have a complete conventional street system and an extensive dedicated bicycle and pedestrian paths that are accessible to most or all homes and which (within the neighborhood or town) do not intersect with the conventional street system: Village homes in Davis, California; the town of Radburn in New Jersey; the town of Houten near Utrecht in The Netherlands; and Milton Keynes in southeast England.

Village Homes is a 28.3 ha subdivision with 225 homes and 20 apartment units in the west part of Davis, California. Most houses "face" a community greenbelt with a bicycle and pedestrian path serving all the houses. Automobile access is via narrow, curving roads along the side of the house opposite the bicycle and greenbelt side. The roads end in cul-de-sacs. The social space created by the car-free pedestrian and cycling greenbelt in Village Homes is pleasant, and was inspirational as I developed similar ideas on a city-wide scale for the present plan.

The traffi c and cycle plans in Radburn, New Jersey, and especially in Houten, The Netherlands, are considerably more developed than is the plan for Village Homes. Radburn, built in 1930, has 469 single family homes, 48 town houses, 30 two-family homes, and a 93-unit apartment complex, arranged to "face" public pedestrian and park open spaces, with car access at the "back" of the houses via roads that end in cul-de-sacs (Freeman 2000; Wikipedia 2009). The pedestrian path does not cross any major roads.

Houten, a town of some 50,000 near Utrecht, has a dedicated bicycle network consisting of collector arms that originate in residential neighborhoods and connect to a "backbone" that runs to the city center. The car-only network consists of an outer ring road from which car roads penetrate partly into the residential areas of the city, interlacing to some extent with the dedicated bicycle roads. There is limited access by car to the city center (Beaujon 2002; Tiemens 2009). Therefore, Houten shares several key features with the plan outlined in this chapter. The main differences are that the system described here separates LLMs (mainly full-featured automobiles) from FHVs, whereas Houten separates primarily bicycles from cars. Additionally, in the system outlined here, the two networks go everywhere, but never intersect at grade or share travel space, whereas in Houten the bicycle and car network often intersect at grade or share the same road space, mainly in residential areas.