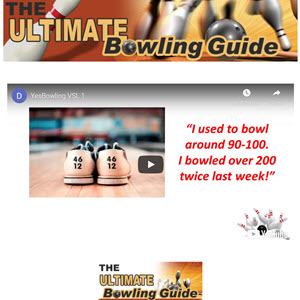 Respiration by the soil microbes, roots, and leaves and photosynthesis by leaves alter the CO2 mixing ratio (C) of the atmosphere and its iso-topic composition (Yakir and Sternberg, 2000; Bowling et al., 2001). Consequently, stable isotope 13CC>2 enables biogeoscientists to trace the flow of carbon among plants, the soil, and the atmosphere (Flanagan and Ehleringer, 1998; Yakir and Sternberg, 2000).

'Keeling plots' provide an experimental means of inferring the isotopic composition of respiring sources. The method assumes that the transfer of stable isotopes between a respiring source, such as an ecosystem, and the atmosphere can be represented as a two-end-member, mixing model. On the basis of this assumption, the intercept of the linear regression between the independent (1 / C) and dependent, ¿13C, variables equals isotopic composition of the respiring source (Keeling, 1958; Yakir and Sternberg, 2000; Pataki et al, 2003).

In practice, the assumption that plant canopies are 'well-stirred mixing tanks' is not always true. Sources and sinks of CO2 and atmospheric turbulence vary vertically in a plant canopy and assimilatory and respiratory carbon fluxes differ greatly on sunlit and shaded leaves (Baldocchi and Harley, 1995; Katul and Albertson, 1999). Furthermore, the turbulent transfer of trace gases, such as carbon dioxide, between plants and the atmosphere is very intermittent and non-local. In particular, wind shear at the plant atmosphere interface generates large-scale and intermittent coherent structures that produce counter-gradient mass transfer (Finnigan, 2000). At night, when the 'Keeling plot' approach is most valid, the stable thermal stratification of the atmosphere can cause periods when turbulent mixing inside a canopy is decoupled from that above it.

Over the past 20 years we have been conducting a series of field studies on the carbon, water, and energy exchange of a temperate broadleaved forest (Verma et al., 1986; Bowling et al., 1999; Baldocchi and Wilson, 2001). Through that work a biophysical model, CANOAK, was developed for computing fluxes of carbon and water between the forest and the atmosphere. The model's use of Lagrangian, random-walk diffusion theory to compute turbulent diffusion of trace gases within and above the canopy enables it to consider counter-gradient transport in the vicinity of canopy sources and sinks. Recently, we adapted this model to investigate environmental and plant factors that control the flux density and discrimination of the stable isotope 13C02 (Baldocchi and Bowling, 2003), producing a new model called CANISOTOPE. In this chapter we use the micrometeorological-based CANISOTOPE model to analyze the isotopic contents of a forest canopy produced by 'Keeling plots'. Our objective is to study how hypothetical changes in turbulent mixing, photosynthesis and respiration, canopy structure, and physiological capacity alter Keeling plot intercepts.

Playing bowling with your friends can help you decide if it is indeed the hobby that you want to invest your time on today. Aside from that, it can help you get a better feel of the sport. More importantly, when you play with your friends, it would become a more fun activity, which you can look forward to each week.