Contributions of Paleoecology to Ecology

Paleoecological research has in the last 30 years made many important contributions to our understanding of present-day ecological systems. Some examples are summarized in Table 3 in terms of the ecological questions considered and the paleoecological techniques employed. Further examples can be found in the 'Further reading' section.

One of the major contributions (Table 3) that paleoe-cology has made to our understanding of present-day ecosystems concerns the cause of recent surface-water acidification in Europe and North America. Competing

What is the cause of recent surface-water acidification?

What role does a lake's catchment play in lake development?

What is the origin of landscape mosaics (e.g. forest and grassland)?

What is the role of human activity in landscape change and species extinction?

What is the role of soil development in long-term vegetation dynamics?

Is there an orderly and predictable succession of community types in hydroseral successions?

Does the 'regeneration complex' hypothesis explain the mechanisms of bog growth and development of pools and hummocks?

Has the frequency and extent of wild-fires changed in time?

Have pathogens been important in influencing long-term forest dynamics?

Have forest trees spread since the last glacial stage as assemblages or individualistically?

Pollen analysis, chronology, mapping hypotheses for recent pH decreases are given as follows:

2. the recent changes are the result of natural long-term vegetational and soil acidification that has occurred over the last 10 000-11 000 years; and

3. the recent changes are a result of atmospheric deposition of strong acids following the combustion of fossil fuels, the so-called 'acid-rain' hypothesis.

As a result of international research programs in Europe and North America in the 1980s and 1990s, detailed paleoecological studies of lake sediments showed that the recent land-use and natural long-term acidification hypotheses could be falsified, whereas despite several attempts to reject the acid-rain hypothesis it could not be falsified. The paleoecological studies (Figure 5) primarily involved fossil algal (diatom and chrysophyte) assemblages preserved in lake sediments, sediment inorganic geochemistry, counting of spheroidal carbonaceous particles formed by the combustion of fossil fuels, 210Pb-dating, transfer functions linking modern algal assemblages to lake-water pH, and fine-resolution sampling (about every 5-10 years for the last 250 years).

Paleoecology, particularly for the last 100 years, is making major contributions to assessing the 'health' of ecosystems in terms of contamination by heavy metals (e.g., Cu, Cd, Zn, Pb, Ni, and As) and persistent organic pollutants (e.g., polycyclic aromatic hydrocarbons), of eutrophication by nutrients (e.g., N and P), and of recovery following decreases in the atmospheric deposition of 'acid rain'.

A current research activity for many paleoecologists is detecting impacts of recent climate change on biological systems. A synthesis of paleoecological data for Arctic lakes has shown that major changes in biotic composition have occurred in the last 150 years in over 80% of the lakes examined above the Arctic Circle, whereas further south, less than 60% of the lakes showed any major changes. All available evidence suggests that arctic lakes have changed dramatically and directionally within the last 150 years. 'Regime-shifts' have occurred rapidly, characterized by changes to

Estimated pH based on diatoms

Estimated pH based on diatoms

Figure 5 A stratigraphical diagram from Holetjorn, a small hill-top lake in southwest Norway that covers the last 250-300 years. The diagram shows the decrease in lake-water pH beginning at about 1890. This acidification coincides with the beginning of the deposition of carbonaceous particles formed by the high temperature combustion of fossil fuels. The concentrations of the heavy metals Cu and Pb also increase at about 1914, reflecting atmospheric contamination due to industrialization and the use of lead in petrol. There is a small decline in Calluna vulgaris (heather, lyng) pollen since 1939,

Figure 5 A stratigraphical diagram from Holetjorn, a small hill-top lake in southwest Norway that covers the last 250-300 years. The diagram shows the decrease in lake-water pH beginning at about 1890. This acidification coincides with the beginning of the deposition of carbonaceous particles formed by the high temperature combustion of fossil fuels. The concentrations of the heavy metals Cu and Pb also increase at about 1914, reflecting atmospheric contamination due to industrialization and the use of lead in petrol. There is a small decline in Calluna vulgaris (heather, lyng) pollen since 1939, reflecting the increase in upland grazing in recent years. The age scale is based on diagram by H. J. B. Birks.

0Pb-dating. Modified from an original

A new application of paleoecology, conservation paleoecology, is developing where results of paleoecolo-gical studies are used to provide historical perspectives relevant to nature conservation and ecosystem management. These perspectives include insights into biotic responses to environmental change, rates and mechanisms of biological invasions, extent of naturalness in ecological systems, and the frequency of disturbance, especially wild-fires. It is in nature management in relation to fire that conservation paleoecology is making major contributions. It is essential in management to know the natural variability of wild-fires so that this can be used as a reference against which contemporary conditions and future alternatives can be evaluated. Such assessments are often based on short-term records (<50 years) only. Although climate change and human activity are recognized as the major drivers of fire frequency and extent, paleoecological studies show that these relationships are often surprisingly complex. Results from studies involving pollen, plant macrofossils, charcoal, sediment geochemical, and time-series analyses show that warmer/drier conditions do not necessarily result in a high fire frequency. Fires often occur more frequently under wetter conditions, because in moist intervals biomass production and hence fuel loads increase. Fire frequency and extent thus oscillate with climate through time. Paleoecological data suggest that in a given region, there may be several possible ecosystem or 'regime' states corresponding to different fire frequencies which, in turn, are a function of climate-fuel relationships. Such insights can be used to define the context of current forest conditions and potential future changes.

Your Alternative Fuel Solution for Saving Money, Reducing Oil Dependency, and Helping the Planet. Ethanol is an alternative to gasoline. The use of ethanol has been demonstrated to reduce greenhouse emissions slightly as compared to gasoline. Through this ebook, you are going to learn what you will need to know why choosing an alternative fuel may benefit you and your future.

Making Your Own Fuel 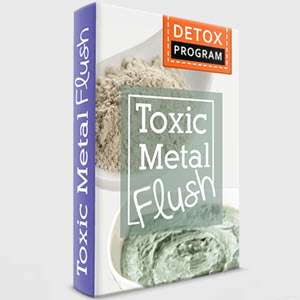 Heavy Metals, The Transformation from Fossil Fuel to Green Energy