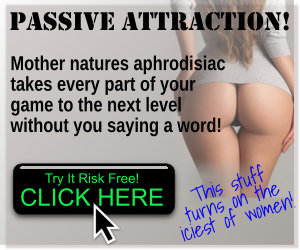 The term sex pheromone is generally used for compounds that modulate mating or increase the likelihood of sexual interactions between different individuals. Sexual communication via chemicals is probably the most prevalent type of chemical signaling and can be found in nearly all taxonomic groups ranging from bacteria to higher mammals. Due to the overwhelming diversity of mating systems and reproductive strategies among these organisms, compounds that are summarized as sex pheromones can fulfill a multitude of different tasks.

The most common principle of sex pheromone action is to call the attention of the respective other gender and to attract potential mating partners from the distance. After entering the so-called active space, which is the zone where the pheromone concentration exceeds the detection threshold of the receiver, mobile organisms or those with mobile gametes orient toward the source of the pheromone, thereby moving up the chemical gradient (i.e., chemotaxis), whereas sessile or immotile organisms start to grow toward the sexual partner (i.e., chemotropism).

Among all mobile organisms that use the chemical channel for sexual advertisement, the long-range pair formation of metazoa that navigate within air or water has evolved to an extreme degree. In moth, for example, where predominantly the females emit their scent from abdominal glands, the emission rates may be less than 1ngmin~ . These minute amounts, however, are sufficient to attract males from distances of more than 10 km in less than 1 day. The pheromone concentration needed to elicit a behavioral response always exceeds the olfactory detection limit. Low detection thresholds that prepare organisms to respond behaviorally at higher concentrations are known from many other organisms (Table 1). The most extreme case, however, has been reported from male lepidopterans of the noctuid Spodoptera littoralis, which are able to perceive their sex pheromone in concentrations as low as 10~19g. This incredibly low concentration equals about ten molecules potentially hitting the antenna per second; it still provoked measurable changes in the cardiac activities of the tested individuals.

Fueled by their potential value in pest management in agriculture and forestry (e.g., pheromone traps), sex pheromones of moth are the most intensively studied group of semiochemicals to date. The first sexual advertisement pheromone identified in 1954 was the bombykol of the silkworm moth Bombyx mori (Table 1), which has been isolated from the abdomens of c. 500 000 females. Due to major advances in analytical instrumentation since then, 377 pheromone components have been described for about 1500 species of moths in 2006 (185 000 species of moths have been estimated to occur worldwide). Even though research in this field is strongly biased toward economically important insect species, there is a growing body of work also on other taxonomic groups including many terrestrial and aquatic vertebrates and invertebrates.

Chemotropism, the directional growth response to a continuous concentration gradient of a particular compound, is widespread among fungi yet quite uncommon among algae and higher plants. Especially in Zygomycetes, Ascomycetes, Basidiomycetes, and Deuteromycetes, this kind of oriented growth is well known and often accompanied by a pheromone-mediated growth stimulation. The chemical compounds involved are steroids and terpenoids and are usually produced in extremely low amounts (10—8—10—nM). Among the best-studied examples for sexual communication in fungi are members of the division Zygomycota, such as Mucor mucedo (Figure 5) or Blakeslea trispora. These dioecious fungi possess two genetically determined sexes (i.e., (+)- and (—)-mating type), which produce specialized hyphae, the so-called zygophores. The sexually determined hyphae of both mating types are mutually attracted by trisporoids and grow toward each other until they make contact and fuse. The resulting zygote develops into a mature zygospore, which subsequently starts to grow as vegetative mycelium of either mating type (Figure 5). An interesting feature of this process is that both mating types likely participate in the production of the pheromone. Experimental evidence suggests that each type performs different steps in the synthesis, and the molecules undergoing transformation are passed back and forth until the synthesis of the trisporic acid is complete.

Besides advertising the sex of the sender, sex phero-mones may be involved in transmitting other information such as the sender's current sexual status, health, or genetic quality. This kind of information does not necessarily elicit an overt behavioral response in the receiver, but may indiscernibly affect the receiver's decision-making process. If the pheromone release has a genetic component and the receiver chooses the mating partner based on the emitted pheromones, then the choice of the attracted individuals favors specific traits in the next

Table 1 Examples for sex pheromones, their behavioral or physiological effect, and their detection thresholds

The female-released pheromone attracts both males and females

The first mechanism of sexual selection to operate is that the chemical signal is indicative for a trait that offers a direct benefit to the responder or its offspring. Selecting a healthy mating partner will decrease the own infection risk as well as that of the offspring. Female mice, for example, are able to discriminate the odors of males, which are subclinically parasitized with a protozoan parasite from that of uninfected males. Another example is the integration of plant-derived compounds in the calling behavior of insect herbivores as is the case for many coleopteran or lepidopteran species. Here, host-plant-derived compounds can stimulate pheromone production in the calling sex, act synergistically with the insect-produced pheromones, or may be used as precursors for the production of sex pheromones (i.e., sequestration). The benefit for the receiving sex in these cases is clearly the access to optimal feeding and oviposition sites, which is additionally communicated.

Another possibility is that the chemical signals, which are involved in the attraction of mating partners, are

Figure 5 Sexual communication in the dioecious fungus Mucor mucedo. (a) Specialized hyphae (zygophores) of the (+)- and (-)-mating type. (b) Oriented growth of tips toward each other. (c) Contact of zygophores. (d) Formation of the progametangium. (e) Fusion of zygophores and formation of the gametangium. (f) Mature zygospore that will start to grow as vegetative mycelium of either mating type. (g) Trisporic acid may be the sexual pheromone involved in the recognition of mating partners (a-c). Both mating types are involved in the synthesis of this putative pheromone. Because each mating type lacks certain biosynthetic steps required to produce the compound, its biosynthesis is accomplished by a reciprocal exchange of precursors of the trisporic acid between mating partners. (c)-(f) Photographs by Mareike Richter, with permission.

indicative of the genetic constitution of the sender. Choosing pheromone signals, which are coupled to phe-notypic quality, will confer a direct benefit to the offspring (i.e., good gene hypothesis). A rather extreme example for this case can be found in wild house mice. These can smell the presence of recessive factors in potential mating partners that kill the developing embryo if homozygous. Showing assortative preferences by females with respect to these lethal alleles is strongly favored by natural selection.

The final mechanism of sexual selection to be mentioned here is the so-called runaway sexual selection or Fisherian selection, in which the attractiveness itself is inherited to the next generation. The resulting 'sexy sons' are not necessarily better at surviving, but have a higher reproductive output, which is simply due to their increased attractiveness. Bark beetles of the genus Ips, for example, form long-lasting pairs or harems and the fitness of the polygynous males increases with the size of the harem. Supportive for the sexy son hypothesis is the observation that the harem size of males is correlated with the amount of certain pheromones emitted by them (e.g., ipsdienol; see Figure 2d). The different mechanisms of sexual selection are not mutually exclusive. A higher attractiveness of bark beetles may at the same time be indicative of their better genetic constitution.

Another function fulfilled by sex pheromones is the coordination and initiation of sexual reproduction. The simplest organisms in which this phenomenon occurs are bacteria. Sexual interactions between bacteria refer to a transfer of genomic DNA from a donor to a recipient followed by recombination, as is the case for natural transformations and conjugations. The sex pheromones involved in this kind ofprocesses are small linear peptides (seven to ten amino acids). In the Gram-positive bacterium Enterococcus faecalis, which is a common inhabitant of the intestinal tract of many mammal species and some birds, the DNA recipient releases the sex phero-mone in the surrounding medium, which prompts the donor to produce an aggregation substance called adhesin. This compound enables a tight physical contact between donor and recipient for the time needed for the conjuga-tive transfer of plasmid DNA.

Pheromone-mediated sex coordination is particularly important for organisms that rely on external fertilization of gametes. Marine worms or sea urchins, for example, release their eggs, sperm, or both into the water. Synchronization of the spawning event is crucial for maximizing fertilization. While the time until sexual maturation is adjusted to external cues such as tides, temperature, or day length, the exact moment of gamete release, however, is coordinated by chemical duets, which are released into the water by both males and females. Very likely also, many other species that rely on external fertilization (e.g., fish) deploy similar mechanisms.

Get All The Support And Guidance You Need To Be A Success At Helping Save The Earth. This Book Is One Of The Most Valuable Resources In The World When It Comes To How To Recycle to Create a Better Future for Our Children.

Attract The Opposite Sex With Pheromones