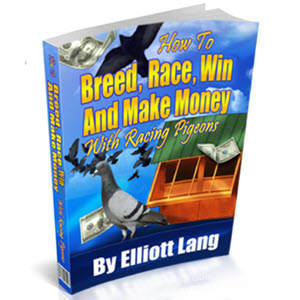 What is population ecology? What distinguishes the study of populations from the study of landscapes and ecosystems? The answers lie in scale, focus and traditions. In population ecology the scale is a group or groups of taxonomically or functionally related organisms. The emphasis is on fundamental properties of these populations: growth, survivorship, and reproduction. The tradition is based on the interplay of theory, laboratory testing, and, ultimately, fieldwork. The competition and predator-prey equations of Lotka (1925) and Volterra (1926, 1931) stimulated the laboratory work of Gause (1932, 1934), Park (1948, 1954), Huffaker (1958), and others. Elton (1924), Errington (1946), Lack (1954), Connell (1961a, 1961b), Paine (1966), Krebs et al. (1995), and many others brought population ecology into the field, where its theoretical underpinnings are constantly tested. In the age of personal laptop computers and the internet, data can now be analyzed, sent around the world, and experiments redesigned, without ever leaving the field site. Increasingly sophisticated experimental design and statistical rigor constantly challenge new generations of scientists. Indeed, much of the training of modern ecologists is in methodology.

Yet why do we become ecologists in the first place? Is it because of our love of computer programs and statistics? For most of us, that would be, "No." More likely it is because of a love of the organisms that we find in natural ("wild") places. We love the sounds, the smells, the feel, the being in nature. Perhaps it is also because of our love of the idea of nature and of places not yet under the total domination of Homo sapiens. Nothing quite matches a day (or night) in the field for an ecologist, and we are usually eager to communicate these experiences to other people. Contrast an ecologist to a typical urban dweller like Woody Allen. In one of his movies Woody complains that he hates spending nights in the country because of the "constant noise of the crickets." Yet, he and his urban counterparts find the constant traffic noises of New York City soothing. Most population ecologists have a different view.

Population ecology is, in a primitive sense, an organized way of communicating our ideas about nature to others. Population ecology, with its emphasis on groups of individuals and their survival and reproduction, their relationships with their competitors and their predators, is rooted both in fieldwork and in natural history. As such it appeals to us at a very fundamental level. Instead of (or perhaps in addition to) swapping tales around the campfire at night, we communicate by publishing in journals or books.

Furthermore, without the basic data from population studies, most landscape and ecosystem studies would either be impossible to carry out, or would lack fundamental meaning. The advantage of ecosystem studies is the comprehensiveness of the approach. However, the disadvantage is the complexity of interactions among species and our lack of understanding of community organization. Everyone can agree that we need a better understanding of interspecific interactions, and this is the role of population ecology. To develop laws of ecosystem functioning, we first need to comprehend how individual populations behave. From there we can develop an understanding of interactions among populations. Therefore it seems to me that studies at the landscape and ecosystem level must be informed by data first gathered by population ecologists.

But this all sounds rather grand and theoretical. In the real world, knowledge of population ecology is absolutely necessary for conservation biologists, wildlife managers, and resource biologists. They are often faced with problems of preserving biodiversity or a wild living resource without adequate information. How can they best decide whether to limit or even shut down a fishery, and for how long? Is it necessary or wise to allow wolf (Canis lupus) hunting in Alaska in order to increase the caribou (Rangifer tarandus) herd? Has the introduction of wolves into Yellowstone actually decreased the elk (Cervus elaphus) herds? What are the causes of reptile and amphibian declines throughout much of the world? Although an ecosystem approach may be helpful and necessary to answer many of these questions, basic population data are also necessary. But more than data are necessary; we must understand how populations with different life histories grow and/or are limited. We need a fundamental understanding of the roles of competitors, parasites, and predators, and of their potential effects on a given population.

When John James Audubon was in the state of Kentucky in 1813, he witnessed the passing of a great flock of passenger pigeons (Ectopistes migratoris). This flock blackened the sky for more than three days as they passed overhead. Later Audubon estimated their numbers at between 1.1 and 2.5 billion birds (Souder 2004). Yet the last passenger pigeon in the wild was shot in 1900; the last individual in captivity died in 1914; and the species was extinct. How can a population decrease so swiftly, even if one acknowledges the role of hunting and habitat destruction?

Red grouse (Lagopus lagopus) go through population cycles every 4-5 years. The numbers oscillate over three orders of magnitude (Hudson et al. 1998), and these oscillations are synchronized over large geographical areas (Cattadori et al. 2005). Yet the population recovers regularly. On the other hand, when tawny owls (Strix aluco) were studied in Oxford, the number of mating pairs remained steady, at 17-30 pairs, even though their major rodent prey species oscillated from 10 to 150 per acre (Southern 1970). What are the differences between red grouse and tawny owls? Differences in reproductive parameters, developmental time, or survivorship? The fact that red grouse are primarily herbivores and owls primarily predators? Their competitors, parasites, predators? These are questions that only knowledge of population ecology allows us to answer.

When the moose (Alces alces) population recently crashed on Isle Royale in Lake Superior, Michigan, was the cause wolf predation? Parasites? Over-browsing of the vegetation? Wildlife scientists throughout much of the United States have complained for many years that white-tailed deer (Odocoileus virginianus) are over-browsing their habitats and causing changes in the vegetation. If so, why don't these deer populations crash? Is the recent movement of coyotes (Canis latrans) into the eastern United States and puma (Felis concolor) into the Midwestern United States the result of these large white-tailed deer populations? If not, what explains these dispersals from the "wild west" to the more urbanized areas of the USA east of the Mississippi River? One goal of this book is to give you the background and weapons that will allow you to address these questions.

In the twentieth century, the principles of population ecology, as we understood them, were applied to agriculture, forestry, wildlife management, fisheries, and conservation biology. Exploitation of populations in the name of "maximum sustainable yield" was based on the flawed logistic equation and/or inadequate data. Before the days of environmental impact statements, however, politicians and engineers largely ignored advice based on ecological science. While this situation has changed, ecologists, in order to remain credible, must work to develop better theoretical approaches and methodologies. And applied ecologists must be able to recognize which of several possible theoretical approaches applies to the population or community of concern. The purpose of this book is to help guide future wildlife refuge managers, EPA officials, or other applied ecologists through the workings of basic population principles and theory so that they make wise decisions in the future.

In Part I of this book our goal will be to establish the fundamentals of population growth for single-species populations. After determining these basic properties, we will examine how intraspecific competition affects population characteristics. We will also consider the evolution of different types of life histories and discuss whether a biological population is naturally "regulated."

Once we have an understanding of how single populations grow and sustain themselves in particular environments, we can begin to examine how interactions with populations of other species affect their life histories. In Part II we will progress to an examination of interspecific interactions such as competition, predation, parasitism, and mutualism. As we move through these interactions, we can evaluate their relative importance in population growth and regulation.

The general laws and fundamentals of population growth

Discrete or "geometric" growth in populations with non-overlapping generations

How to race Pigeons