The effect of The heath hen 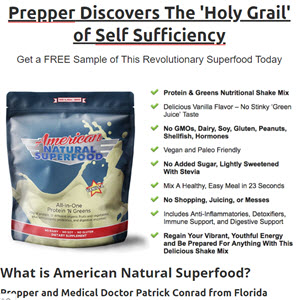 multiple causes The history of the heath hen is related by Bent (1932). We use here the summary and interpretation of that history presented by Simberloff (1988).

Probably the best-studied extinction is that of the heath hen (Tympanuchus cupido cupido). This bird was originally common in sandy scrub-oak plains throughout much of the northeastern United States, but hunting and habitat destruction had eliminated it everywhere but Martha's Vineyard by 1870. By 1908 there were 50 individuals, for whom a 1600 acre refuge was established. Habitat was improved and by 1915 the population was estimated to be 2000. However, a gale-driven fire in 1916 killed many birds and destroyed habitat. The next winter was unusually harsh and was punctuated by a flight of goshawks; the population fell to 150, mostly males. In addition to the sex ratio imbalance, there was soon evidence of inbreeding depression: declining sexual vigor. In 1920 a disease of poultry killed many birds. By 1927 there were 13 heath hens (11 males); the last one died in 1932. It is apparent that, even though hunting and habitat destruction were minimized, certainly by 1908 and perhaps even earlier, the species was doomed. Catastrophes, inbreeding depression and/or social dysfunction, demographic stochasticity, and environmental stochasticity all played a role in the final demise.

18.3 How to prevent extinction

Howe woodhen were unambiguously caused by an introduced predator. The extinction of the Arabian oryx in the wild (although subsequently re-established from captive stock) and the near extinction of the muskoxen were also caused by predation, this time by people. The black-footed ferret went extinct in the wild because the source of its habitat and most of its food supply - the prairie dog - was greatly reduced in density by control operations.

These examples implicate only a few potential causes of decline. Probably the most important is modification or destruction of habitat. The local extinction of several mammals from the sheep rangelands of Australia appears to have been caused by habitat changes induced by sheep introduced in the mid-1800s. Twelve of the original 38 species of marsupials and six of the original 45 species of eutherians (endemic rodents and bats) no longer live in that region (Robertson et al. 1987).

The first step in averting extinction is to recognize the problem. Many species have slid unnoticed to the brink of extinction before their virtual absence was noticed. The smaller mammals and birds, and the frogs and reptiles, are more likely to be overlooked than are the large ungulates and carnivores.

The second step is to discover how the population got into its present mess.

• Is the cause of decline a single factor or a combination of factors?

• Are those factors still operating?

The cause of a decline is established by application of the researcher's tools of trade: the listing of possible causes and then the sequential elimination of those individually or in groups according to whether their predicted effects are observed in fact. This is the standard toolkit of hypothesis production and testing.

It is essential that the logic of the exercise is mapped out before the task is begun. The listing of potential causes is followed by a formulation of predictions and then a test of those predictions. The efficiency of the exercise is critically dependent on the order in which the hypotheses are tested. Get that wrong and a 3-month job may become a 3-year project. In the meantime the population may have slid closer to the threshold of extinction, so time is important.

Box 18.1 gives a specimen protocol for determining the cause of a population's decline. The example comes from the decline of caribou on Banks Island in the Canadian arctic. The first aerial surveys of the island in 1972 revealed an estimated population of 11,000 caribou. Subsequent surveys in the 1980s traced a dwindling population that numbered barely 900 caribou by 1991. Since then the population has stabilized, being 1195 in 2001 (N. Larter, pers. comm.). The muskoxen during the same time increased from 3000 to 46,000, leading to fears that there were too many muskoxen for the good of the caribou (Gunn et al. 1991). The population continued to increase to 64,600 by 1994, and then slowed to about 69,000 by 2001 (N. Larter, pers. comm.). Particularly severe winters restricted foraging for the caribou and caused dieoffs, at least in 1972-73 and 1976-77. The frequency of severe winters with deep snow and freezing rain increased during the 1970s and 1980s. Caribou and muskoxen differ in lifestyles and responses to winter weather.

An example of how difficult it can be to get the logic of diagnosis right is provided by research and treatment of the endangered Puerto Rican parrot (Amazona vittata). This strikingly attired bird has been the focus of some 50 years of intensive conservation efforts, including some 20,000 hours of observations of ecology and behavior (Snyder et al. 1987). The parrot may have numbered more than 1 million historically

Box 18.1 Hypotheses to be tested to discover the cause of the decline of caribou on Banks Island, Northwest Territories of Canada.

Hypotheses to account for the decline: Either: A Food shortage B Increased predation

If this test identifies the A hypotheses as the more likely, then A1 is separated from A2 and A3 by its predicting a positive rate of increase in some years. A2 and A3 predict negative rates of increase in all years.

A2 (competition with another species) is separated from A3 (competition between caribou) by checking for concomitant decline of caribou where muskoxen are not present in the same climatic zone.

but by the early nineteenth century its distribution had contracted severely with the clearing of much of the forest of Puerto Rico. By the 1930s it was estimated as 2000 and by the mid-1950s, when the first intensive studies started, its numbers had collapsed to 200. Only 24 parrots were left in 1968 when rescue efforts were resumed. Despite a high-profile effort, including a captive breeding program started in 1968, little progress can be reported. The number of parrots in the wild population numbered only 21-23 before the 1992 breeding season (Collar et al. 1992) and was still only around 30 birds in 2004 (J. Wunderle, pers. comm.). The cause of the decline has not yet been identified unambiguously.

18.4 Rescue and recovery of near extinctions

Once a decline in a species is recognized and the causes are determined, the problem can be treated. The species accounts in the preceding sections give some idea of the range of management actions available to rescue a species from the risk of extinction. Sometimes, all it takes is a legislative change such as a ban on hunting (as with the Canadian muskoxen). More usually, active management (such as predator control and captive breeding for the Lord Howe Island woodhen) is necessary. The management actions needed to reverse the fortunes of a declining species are seldom more than conventional management techniques unless a species is in desperate straits. Then a whole new set of techniques may be called under the heading of ex situ. Ex situ techniques preserve and amplify a population of an endangered species outside its natural habitat. Thereafter it can be reintroduced. The Lord Howe Island wood-hen and the Arabian oryx are examples of such reintroductions.

Reintroducing a species to the area from which it died out should not be attempted without some understanding of why the species went extinct there in the first place. Stanley Price (1989) describes the reintroduction of the Arabian oryx with captive stock, and details the considerations that should precede a reintroduction. Similar procedures were considered for the release of Przewalski's horse (Equus caballus) in Mongolia (Ryder 1993), and the addax (Addax nasomaculatus) in Niger (Dixon et al. 1991). In any event the liberated nucleus should be large enough to avoid demographic malfunction. Twelve individuals are an absolute minimum for an introduction. Twenty are relatively safe. Cade and Jones (1993) detail the successful captive breeding and reintroduction of the Mauritius kestrel (Falco punctatus). In the 1970s it was down to two breeding pairs, but by the 1990s some 235 birds had been reintroduced and established in new habitats.

When the cause of a local extinction is unknown, and when we therefore do not know whether the factor causing the extinction is still operating, a trial liberation should precede any serious attempt to repopulate the area. The 20 or more individuals forming the probe are instrumented where possible (e.g. with radiocollars) and monitored carefully to determine whether they survive and multiply or, if not, the cause of their decline. If the latter, the factor operating against the species can be identified and countermeasures can then be formulated. It is worth noting that a closely related species may be used as a probe when it is too risky to use individuals of the endangered species. For example, a successful probe release of Andean condors (Vultur gryphus) cleared the way for the release of two California condors from a captive breeding population in 1992 (Collar et al. 1992).

National parks and reserves are pre-eminently important as instruments of conservation. In these areas alone the conservation of species supposedly takes precedence over all other uses of the land. Debate over whether protected areas, such as national parks, or community conservation areas are best for conservation is probably unnecessary because both have their advantages and disadvantages, as outlined in Box 18.2.

On one level that question is trite and it leads to the equally trite answer that parks and reserves are to conserve nature. When the question is refined to "what are the precise objectives of this park," the answer must be more concrete. However, even the general question is not as trite as it might seem. It is instructive to follow the history of ideas about the function of reserves, of which national parks can serve as the type example. Here we summarize those changing perceptions as outlined by Shepherd and Caughley (1987).

The national park idea has two quite separate philosophical springs whose streams did not converge until about 1950. The first is American, exemplified by the US Act of 1872 proclaiming Yellowstone as the world's first national park. The intent was to preserve scenery rather than animals or plants. Public hunting and fishing were at first entirely acceptable.

The second spring is "British colonial," with the Crown asserting ownership over game animals and setting aside large tracts of land for their preservation. The great national parks of Africa grew out of these game reserves, some physically and the others philosophically. Wildlife was the primary concern and scenery came second

18.5 Conservation in national parks and reserves

18.5.1 What are national parks and reserves for?

Box 18.2 The advantages and disadvantages of protected areas such as national parks compared with community conservation areas.

Start Your Own Large Vineyard